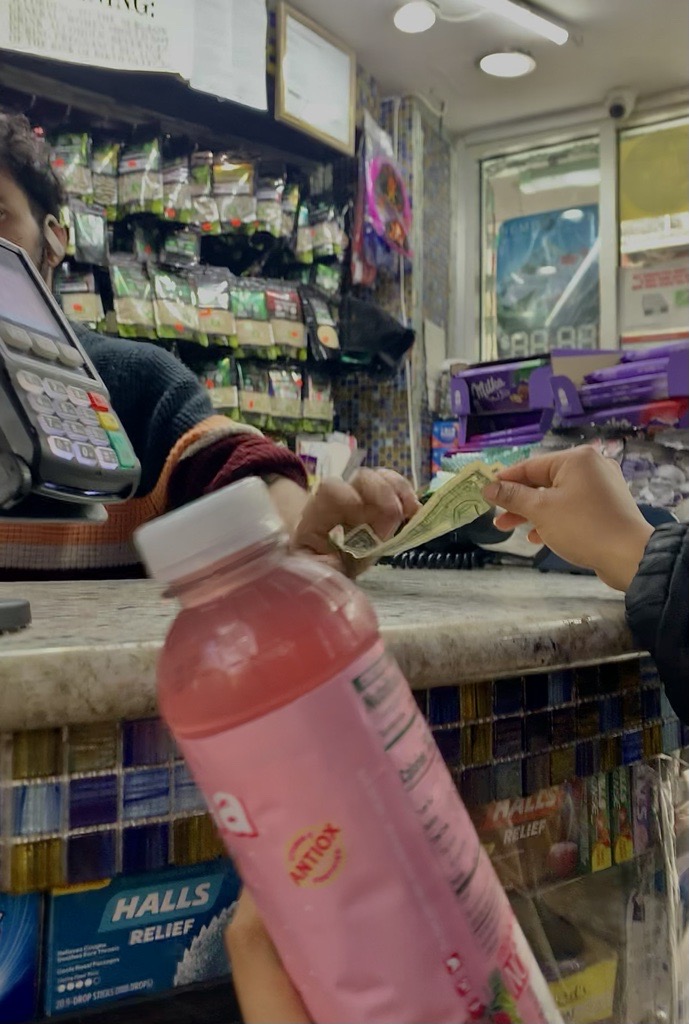 By Kaykay Lin and Citlali Lopez

Anyone who has been to a supermarket, department store, or gas station recently will have noticed one thing: The price of almost everything has drastically increased. The cause? Inflation.

“I’ve seen gas prices go up and I have seen grocery prices also going up.” Dilara Agac, a senior at Lincoln said, “I spend more money on basic necessities and groceries lately.”

Inflation is primarily caused by a loss of supply in relation to greater demand. With the current war in Ukraine and the Covid-19 pandemic, there has been a loss of supply to businesses, which has led to the usual prices for items and services increasing.

Basic food items like bacon and lettuce have risen nearly 12 percent and 8 percent respectively, with eggs up over 5 percent.

Mr. DeSiena, a business teacher at Lincoln, is worried about these rising costs.

The problem with inflation though is not just that prices are increasing, but that salaries and wages are not increasing at the same time. As consumers therefore, every purchase we make should be considered alongside every cent we earn.

That means inflation is really a struggle for those who don’t earn or don’t earn much. Students have been some of the people hardest hit. For some, it has meant spending more on the basic necessities of life and cutting back on the things they desire.

“A lot of fast-food places such as Chipotle have increased their prices on food.” Michele Ramirez, a senior at Lincoln said, “I have to spend more money on things I need, not the things I want.”

Recently the Federal Reserve increased interest rates to fight rising inflation. Economics teacher Mr. Mullins acknowledges such attempts to regulate the economy, but sees inflation as just one part of a general historical trend of increasing inequities in American society.

“Everything has been going up my entire life but salaries have stayed the same. It’s the other stuff that’s kicking the crap out of everybody, like student loan debt, the medical expenses. Medical costs are making people go bankrupt.”

For Mr. DeSiena, inflation is just a part of life and is skeptical of attempts to control it. However, he wishes it wasn’t affecting everyone so suddenly right now. “Inflation is inevitable” DeSiena said, “we just don’t want it to happen so fast.”

By Moriah Hermon and Jesus Reyes The ongoing war in Ukraine has deeply affected many students at Lincoln.  Stefania Semerik,...

By Kaykay Lin and Jesus Reyes Mr. Carlos Molina is a special teacher at Abraham Lincoln High School for many...