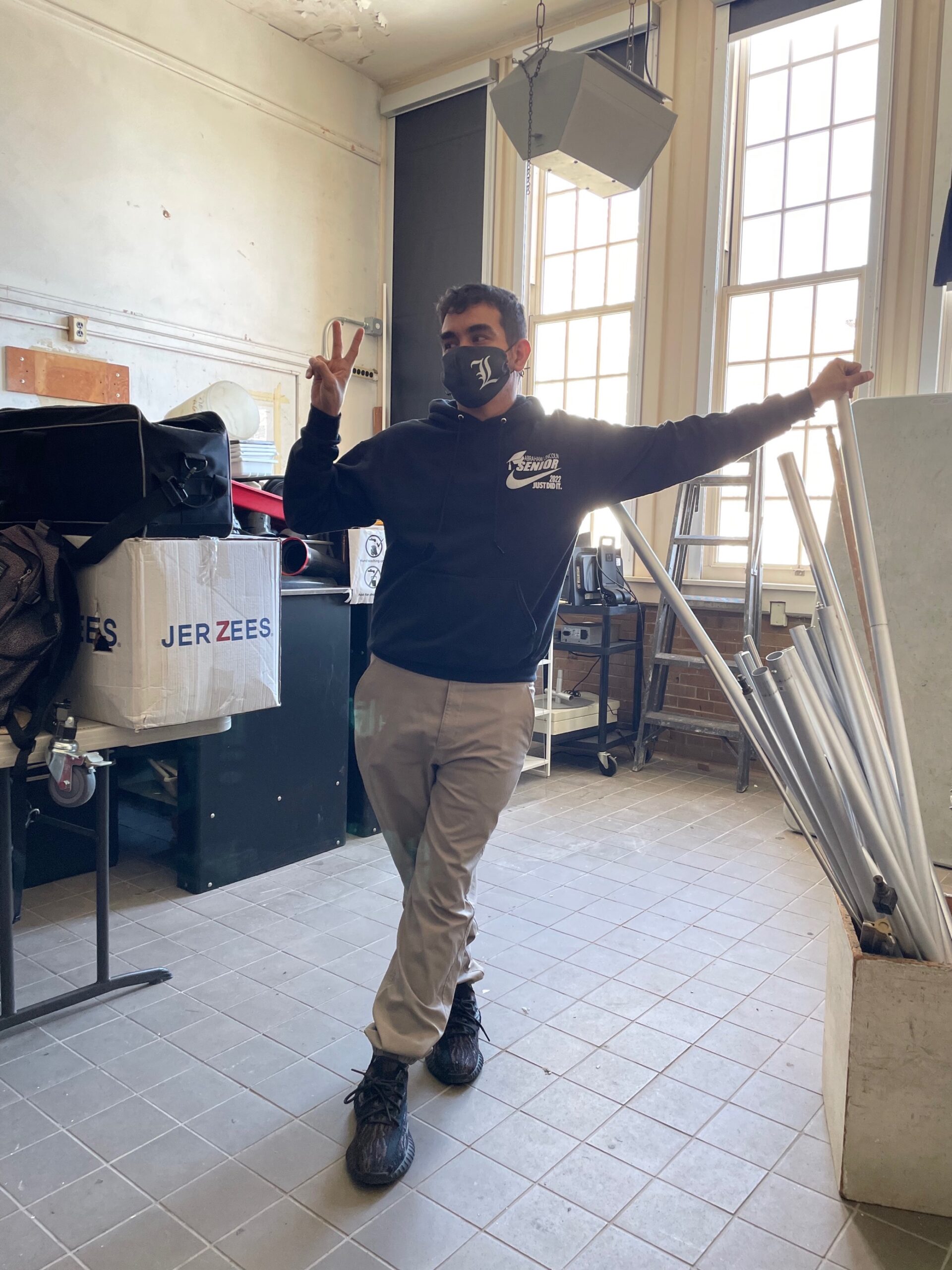 By Kaykay Lin and Jesus Reyes

Mr. Carlos Molina is a special teacher at Abraham Lincoln High School for many reasons, not least of which is that he was once a student here, though as he admits, not a great one.

Mr. Molina attended Lincoln from 1992 to 1995. He said he was just an average kid who chose Lincoln simply because it was close.

“I actually lived like three or four blocks away,” Molina said. “I’ll be honest with you, I wasn’t that great of a student, so I probably didn’t do my research either, friends were going there, it seemed like a decent school, so I was like ‘alright I’ll just go there’.”

During his time at Lincoln as a student, Mr. Molina recalls the school being very crowded compared to today, making it a less welcoming place to be.

“Lincoln, I feel like back in the day was jam-packed with students, it’s definitely not as packed as it used to be in the 90’s,” Molina said. “I feel like the population of the students has gone down, making it a more pleasant environment because jam-packed students in the school is a little overwhelming at times.”

After graduating from Lincoln in 1995, Mr. Molina went to college in upstate New York. He only stayed for a year though before returning to New York City to attend the School of Visual Arts. He decided to major in photography, graduating in 2000. After college, he then worked as a photographer’s assistant and took his own photographs.

Throughout this time, he kept in contact with his former teacher and mentor at Lincoln, Howard Wallach. It was Wallach who established and founded Lincoln’s now renowned photography program. When Wallach was set to retire, he recommended Mr. Molina take over.

He has now been the teacher of the school’s photography program for the last 19 years. As well as less crowding, Mr. Molina has noticed other changes now he is a teacher at Lincoln.

“A lot of that has changed. The field was like rocks and dirt back in the day, they secured funding to make it nice.”

In addition, the school has introduced modifications to reflect the changing modern world with new and exciting classroom redesigns.

“They have updated some of the classes, like VE, and changed a lot so that it looks like an office now,” Molina said. “Then we have the courtroom that they did construction on.”

One of the biggest changes Mr. Molina has noticed is in the Arts.

“I feel like we’re working together more closely, there’s a lot more art teachers, we have a music and a theater arts program and we all work collaboratively. In the past, I felt like everything wasn’t unified as it is now. Yeah definitely we’re working more collaboratively then we have in the past.”

Such collaboration has been the reason for the success of recent productions put on by the Arts department. As Mr. Molina explained, different teachers in the department now work together to ensure each production works seamlessly.

“So like they’ll put on the show, Mrs. Fabbricatore would do the theater part of it, obviously Mr. Pearce would do the music end of it, Mrs. Moreno who develops the scenery and customs, and I end up photographing the show or filming. It’s all tied in together. In the past it was more like a bunch of classes and now it’s a program.”

Such progress has led to Lincoln developing more students for future success, past high school. Students just like him.

“There have been some amazing talents coming out of this program, so there are kids that are going to study theater, whether it’s on stage or behind the scenes that have really made an impact here, they stood out here with the quality of work, they set themselves apart from pretty much everyone else, you know that these people are definitely going to follow this field past high school, past this program”.

By Moriah Hermon and Jesus Reyes The ongoing war in Ukraine has deeply affected many students at Lincoln.  Stefania Semerik,...

By Kaykay Lin and Citlali Lopez Anyone who has been to a supermarket, department store, or gas station recently will...