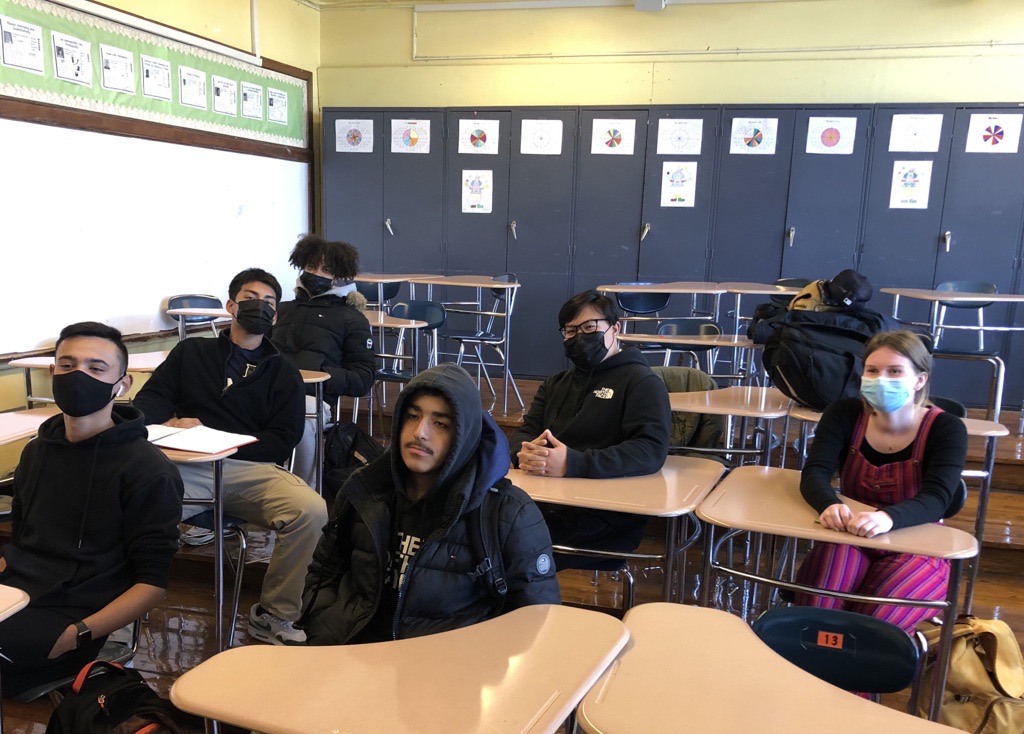 “Two years ago, New York City was the epicenter of the pandemic, but thanks to New Yorkers getting vaccinated and getting boosted we have made tremendous progress,” Adams said.

Although masks are now optional for both students and teachers, other strict protocols are still in place to keep everyone in schools safe from the Covid-19 pandemic. Both staff and students will continue to have to take a daily screener to get into the school every day, there will be increased ventilation in classrooms, and a test kit for students who don’t feel well or think they’ve caught the virus.

Announcing the changes, the mayor said it is time for the city to get back on its feet.

“I’ve said time and time again that the numbers and science will guide us as we continue to recover and rebuild, and now New York City is back, and vaccinations are why we’re back. New Yorkers should be getting out and enjoying our amazing city. The fight may not be over, but we’re clearly winning the war. We are open for business and New York City has its groove back.”

Students and staff alike are conflicted about the end of the mask mandate, especially with the infection rate recently ticking up.

“I feel the mask mandate ending is okay,” Junior Erum Mehmood said, “I think it’s been a while after Covid and not a lot of people have tested positive, so I think it’s a good change.”

Some are more cautious.

“People need to be more responsible and have more discipline for themselves as to whether or not to wear it (masks).” Senior Biadnney Cruz said.

“I believe that they should still have the mask. You never know where it’s coming from. You could put it down a little but then you have to put it up especially in the hallways.”

Teacher and ENL Coordinator Ms. Kassie Schnall shares these concerns, but like many in the school community is cautiously optimistic that with the mask mandate ending, everything will eventually get back to normal soon.

More than anything, it has meant seeing some new faces.

“The mask mandate ending, I’m kinda conflicted about it a little bit. But it did really feel liberating when it first happened to know that after about two years we don’t have to wear this thing we have been wearing for so long. It was also really cool to see faces of some students that I have never seen before.”

“I really missed seeing faces, but that doesn’t mean I didn’t think it was really important that we have a mask mandate when there were a lot of cases,” Mr. Hoogenboom said, “Definitely in December and January I felt that we should do absolutely anything we could with the variant spreading like wildfire but I’m happy the cases now are so low.”

He is optimistic that the era of the pandemic is finally coming to an end. “I think we now have the structures in place to deal with it. The random testing, the face masks available,” Mr. Hoogenboom said. But he sounded a note of caution. “If God forbid the cases go up a certain amount, I wouldn’t be surprised if the mask becomes re-mandated.”

Do Lincoln staff and students feel safe? By Makayela Davilar and Nathan Wallace Throughout this school year, the proliferation of...