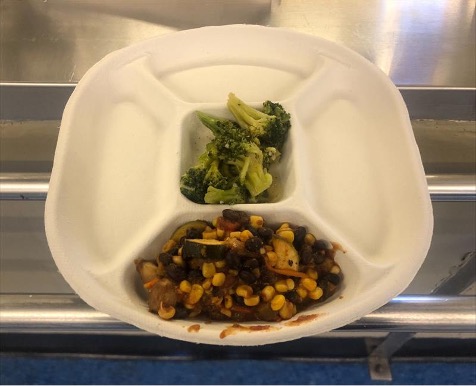 Just a month after taking office as mayor of New York City, Eric Adams announced a new change in public schools – ‘Vegan Fridays’. The mayor, himself a vegan, hopes the initiative will make school lunches healthier for students.

“Plant-based meals are delicious and nutritious, which is why I previously called for vegetarians and vegan options in schools.” Adams said, “I’m thrilled to see that all students will now have access to healthy foods that will prevent debilitating health conditions.”

Public schools in the city will serve vegan food (no meat or dairy) every Friday from now on.  Under the previous mayor, Bill de Blasio, schools already did not serve meat on Mondays and Fridays. Now the city is going further in targeting dairy-related food.

Some people are unhappy though, citing the lack of protein in the new school diet and the unappetizing options offered. The mayor is still hopeful though about this new lunch being a success.

In a statement from his office, he said that the department of education “is committed to the health and wellbeing of every child, and having a consistent, nourishing and filling meal each day is essential in ensuring students can succeed both inside and outside the classroom.”

For many of the students at Lincoln, the news was a surprise. Out of 33 students surveyed in the cafeteria on the day the initiative launched, 70 percent of students had not heard about Vegan Fridays.

Overall, 73 percent of students surveyed did believe that this new lunch will be a healthy alternative though, especially for those with special dietary requirements.

“I really love it because I’m a vegetarian myself.” senior Diana Konsevych said, “I feel like this option is great for people who either want to have something else or have dietary restrictions because some of the food they give us in general is very, kind of like ugh.”

Nearly half of the students surveyed worried that the change was forcing them to become vegan. But even if some students don’t enjoy the lunch right now based on its appeal and look, they are still hopeful that these vegan lunches will be successful in schools.

“I really don’t have a good opinion on it.” junior Jennifer Perez-Juarez said, “but as long as it’s good food and it’s healthy, I think that’s a really good point.”

Do Lincoln staff and students feel safe? By Makayela Davilar and Nathan Wallace Throughout this school year, the proliferation of...