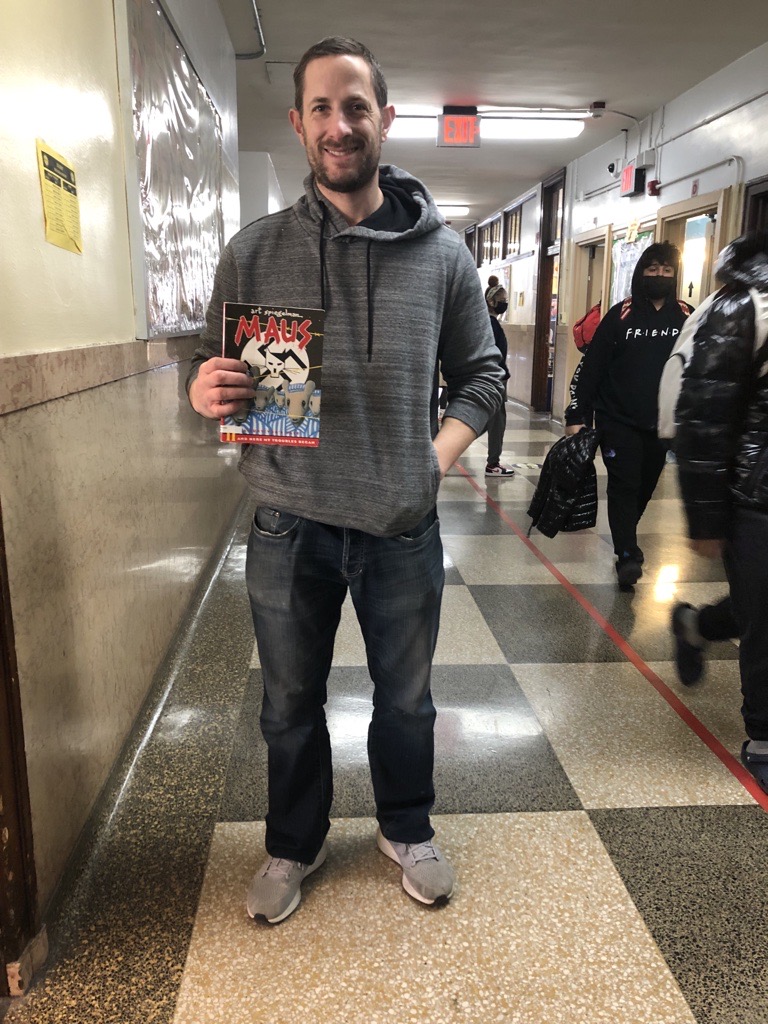 By the Editors of The Lincoln Informer

Maus has sparked much controversy, renewing the debate about book censorship.

Maus, a graphic nonfiction book created by American cartoonist Art Spiegelman, depicts the Holocaust in a comic style through interviews, mainly with Spiegelman’s own father. Different races and nationalities are represented by animals: Jews are mice, Germans are cats, Americans are dogs and so on.

On January 10, 2022, the McMinn County School board voted unanimously to ban the book from its eighth-grade curriculum citing nudity and profanity, although the book rarely shows either.

We believe books should never be banned. Such a practice creates a slippery slope in which anything could be banned. Banning books is also unconstitutional and violates the First Amendment. Finally, determined people will always achieve a way to read banned books, whether buying them on the black market, or travelling to a place where they are not banned.

Maus is, however, not the first book to be banned in the United States.

“Many historians point to Harriet Beecher Stowe’s Uncle Tom’s Cabin as the first book in the United States to experience a ban on a national scale,” critic Amy Brady says. “The Confederacy barred the book from stores not only for its pro-abolitionist agenda, but because it aroused heated debates about slavery.”

More recently, the focus has been on books banned from schools and libraries. According to Ms. Ascione, the school’s librarian, The American Library Association has an office specifically dedicated to keeping track of attempts to ban books in libraries and schools since 1990.

For people like Mr. Klein, an English teacher at Lincoln who teaches Maus to seniors, banning books is a slippery slope.

“People often want speech banned that they disagree with,” Mr. Klein said, “but what happens if someone who disagrees with your version of good comes into power and now they say your speech is hate speech? So it’s a slippery slope because what is viewed as hate speech could be dependent on who’s in power at that moment.”

We shouldn’t have a society where only certain people are allowed to decide if and which books should get banned.

Banning books deprives citizens of the free expression of their point of view, a clear violation of the First Amendment to the U.S. Constitution, which, as part of The Bill of Rights, was adopted in 1791 to protect the freedom of speech, religion, and the press as well as other civil liberties under American law.

“Congress shall make no law respecting an establishment of religion,” James Madison wrote, “or prohibiting the free exercise thereof; or abridging the freedom of speech, or of the press; or the right of the people peaceably to assemble, and to petition the Government for a redress of grievances.”

The decision by the McMinn County School Board to ban Maus is a clear violation of the law and should be taken up by the Supreme Court for judicial review. Students are entitled to the same rights as adults, meaning that removing books from libraries violates those students’ First Amendment rights.

“Local school boards have broad discretion in the management of school affairs,” Justice Marshall and Justice Stevens wrote in a 1982 Supreme Court decision, “but such discretion must be exercised in a manner that comports with the transcendent imperatives of the First Amendment. Students do not shed their constitutional rights to freedom of speech or expression at the schoolhouse gate and such rights may be directly and sharply implicated by the removal of books from the shelves of a school library.”

Where some see the banning of books as limiting, others say though that it’s a moral and parental obligation. For these people, not banning books is a violation of parent’s rights:

“Those who are demanding certain books be removed insist this is an issue of parental rights and choice, that all parents should be free to direct the upbringing of their own children.” Ms. Harris and Ms. Alter from the New York Times write, “Others say prohibiting these titles altogether violates the rights of other parents and the rights of children who believe access to these books is important.”

Others say that banning books is a good thing because it prevents the spread of hate speech. However, banning books like Maus will only infuriate people and increase the likelihood of people reading the outlawed books.

“Now, widespread outcry sparked by the ban has led to increased demand for the book.” Nora McGreevy of The Smithsonian Magazine writes. “Public interest spiked last week, according to Google Trends, ushering in a new wave of sales that pushed Maus to the top of Amazon’s history and graphic novel categories.”

People will continue to read banned books because banning books sparks people to read them, to see why they were banned in the first place. You can take away people’s books, but you cannot take away their privacy or desire to read and learn. Maus should be reinstated by the McMinn County School Board without delay.